Summer is right around the corner and the beer festival season is already approaching the fine denizens of Portland and surrounding areas. Of course, the beer festivals never really end in the city with more breweries than anywhere else in the world. Case in point was a recent visit to Breakside Brewery for their third anniversary on NE Dekum street where we had some … interesting beers.

It was just after noon as we entered the tent. Armed with our Breakside mason jars, Ryan, Grady and I stepped up to the pouring station where we filled our glasses with the first beverage of the day. Mere minutes after telling the guys that I probably should’ve had one more glass of water, I get the most intense beer that they had on the list — Breakside’s Bourbon Barrel-Aged Aztec.

I’ve heard many good things about this beer and, man, was it intense. But it was so good. Breakside owner Scott Lawrence chatted with us for a few minutes and told us the that the barrel aging mellows the spiciness of the peppers that usually create a heated beer. Although the bourbon taste was very apparent, the chile and vanilla notes still filled my senses; however, I didn’t taste any chocolate notes like the description stated but it might’ve been because the beer is 12.7% ABV.

Duck Beer? Sure, I’ll Try That

Next up was the Duck Duck Drunk Porter. Yes, it was a beer brewed with 100 lbs. of Muscovy ducks that brewer Ben Edmunds hunted, field dressed and roasted with the help of their friends and my client, Nostrana. Despite the previous description of how Breakside made it, it didn’t taste like meat; rather, the beer tasted like a not-too-sweet, but very flavorful porter.

End It On A Sour Note

After heading inside for a meal with a much larger group of people that joined us, we exited with enough time to watch some music from two great bluegrass bands and I dashed over to the pouring station to drink a couple sour beers before heading back home to watch the Timbers win another match.

Breakside’s Bourbon Barrel-Aged Sour Imperial Stout was great, regardless of what a Yelp user stated, but it was Upright Brewing’s Blend Edmunds that made me go back for seconds. It was a complex blend of sour beers that hit my tastebuds in all the right places.

Breakside continues to make some very innovative and fantastic beers — if you ever see the Cedarbaumbier, get it — and I’d definitely recommend going to their anniversary next year. Did you go to this? If so, tell me what you thought about the event.

Sponsor me for Extra Life 2014 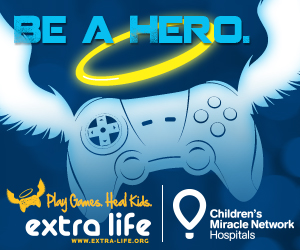